We all know politicians are mostly driven by self-interest, some more than others. The system of special interests and lobbyists play to this natural instinct of politicians, and the overall political system generally rewards those who play along and tries to penalize the competent politicians who concentrate on citizen’s best interests. All of this self-interest greatly compromises the usefulness of most information on political candidates. For example what the politicians say on the stump or in a published ballot statement is usually useless. Endorsements are equally useless, as we discussed in a past article.

So how can citizens better understand a political candidate’s loyalties? A reliable source is to know ‘Who is donating money to the politician.’ Key things we look for are large donations from:

To demonstrate the relevance of these three groups we look for, consider the following examples.

Annette Cleveland – State Senate 49th leg. District: Her donors are mainly from Group #1 above–with quite a few from Group #2. She has very few larger donations from Group #3, which is somewhat expected, as the people understand the incumbent is typically well-supported by special-interest donations and the politician can avoid bothering individuals for money. Annette Cleveland is a fairly liberal Democrat politician, and her donations line up as one would expect.

Liz Pike – State Rep. 18th Leg. District: Liz Pike’s large donations are heavily dependent on Group #3. These people tend to donate based on political beliefs and not because they have some contemplated special-interest payoff. Those donating to Liz Pike from Group #3 are generally known to ClarkCounty.info as small government and anti-corruption advocates. Liz Pike is a known small-government, anti-corruption politician, so her donations line up with her track record.

John Blom – County Council District 3: John Blom’s campaign has received very few donations from entities in Group #1, which is expected for a new political candidate with no ‘political behavior’ track record. His large donations come from Group #3 and is loaded with known big-government Republicans and several known liberal Democrats such as past politicians Betty Sue Morris and Craig Pridemore. Also one big-government county bureaucrat, Deputy County Manager Bob Stevens, is donating a large sum to Blom. These insiders definitely telegraph with whom Blom will be loyal—the Clark County legacy political establishment.

How to review the political candidate’s donations 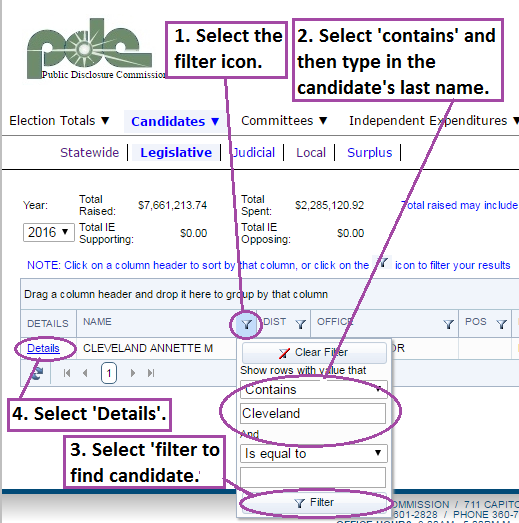 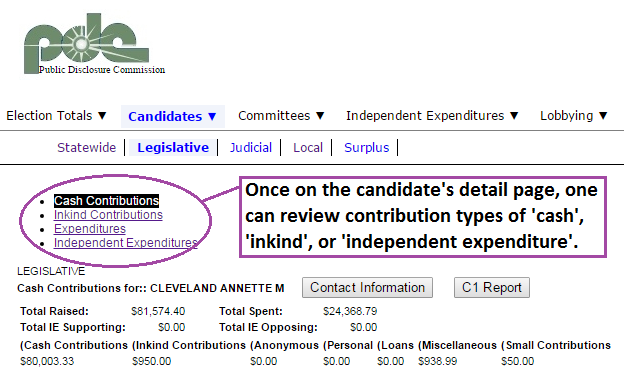 Related to useful information on candidates, ClarkCounty.info will soon finish the first-level analysis on local politicians based on relevant factors. We have a team of five members scoring the politicians on twelve criteria and are developing proper data to support the scores. The scores for the criteria will be rolled up into an overall suitability score for each politician. See ClarkCounty.info approach to score and evaluate political candidates.