Big public works projects attract a lot of attention—and some of it not so good. The three groups who negatively affect the potential of a project are (1) those whose only priority is to profit, (2) ideologues who righteously know what is best for everyone else, regardless of evidence that may disprove their point of view, and (3) politicians looking to increase their power through the influence they have to control aspects of the project.

Our recent I-5 Columbia River bridge project which was finally stopped in 2013 was a text book example of a broken, large public works project (it was named the Columbia River Crossing or CRC). Some of the ClarkCounty.info team members were directly involved in the effort to stop this boondoggle. We saw it all happen. We have direct knowledge.

The aftermath of the battle to stop the CRC was strained relationships and exhaustion. It has been very difficult to start discussions on how to relieve this interstate highway traffic congestion. Not much has happened in the last two years since the CRC’s demise. In the meantime many local citizens continue to endure the interstate traffic issues.

So two of SW Washington State Representatives, Sharon Wylie and Liz Pike, have put their heads together to attempt to jump-start initial conversations with the appropriate parties. Their Bill 2414 would do the following:

The efforts of these ladies is to be praised and appears to be quite logical considering the strained situation. However, certain partisan politicians and their friends are being critical. One in particular is the Mayor of Vancouver, Tim Leavitt. His comments and actions were so dismissive that our Congresswoman Jaime Herrera Buetler (JHB) took action by writing a letter to Leavitt in early February 2016 encouraging him to give the new ideas for better coordination a chance. The letter was courteous, but when a politician writes such a letter it is definitely a shot across the bow to be careful proceeding.

Pike and Wiley’s bill has unanimously passed the Transportation Committee of the state house of representatives. As of Feb. 8th 2016 it now must be voted on by the House of Representatives and go on to the Senate for a similar process, and finally the governor’s signature or veto.

ClarkCounty.info has reviewed this bill and interviewed Liz Pike, one of its co-sponsers.  The bill has some language that could be improved, in our view, and we passed this along to Representative Pike. Notwithstanding the suggested improvements, we have concluded this bill is reasonable and will likely be helpful. If you like it too, please contact your state representatives and state senator to support bill 2414. 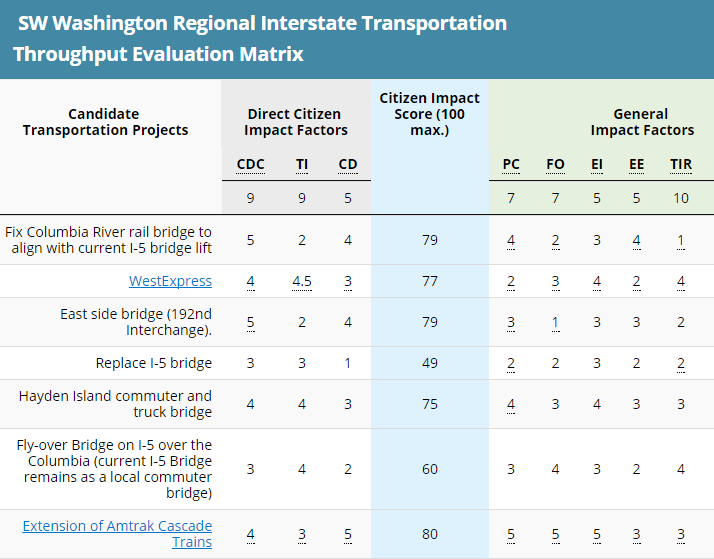